Quona Hudson will be at the Good Nature Tap Room to liven up your night with his unique musical blend.

Quona Hudson caught his first big break in the national songwriting scene in 2005 as a runner-up in VH1’s Song of the Year contest. He has since toured clubs and festivals throughout the Northeast, leaving behind a trail of stories and songs along the way.

Coming from a long line of musicians, with family roots in the mountains of Appalachia, Quona had a guitar in his hand by the age of 6 and quickly found inspiration in his affection for Bluegrass, Americana, and Celtic music.

Blending Americana, Pop, and Country music with a slur, Quona joins the ranks Old Boy Records artists helping bring American roots music to new frontiers.  His debut solo album, “The Fighter and the Prince”, wears all these influences on its sleeve, with a host of Old Boy artists backing him up.  From electric blues rock to intimate acoustic ballads, the songs feature the talents of Joe Kollar and Joey Arcuri of Driftwood on banjo and upright bass, Mark Nanni of Los Blancos on piano and keyboards, Chris Merkley and Chad Dean of Digger Jones on electric guitars and drums, and one of Nashville’s go-to session players, Geoff Henderson, on upright bass. 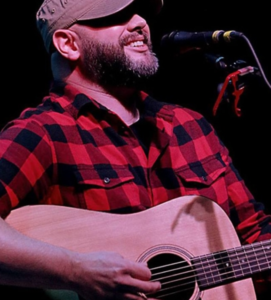