wed 5/16- Pub Trivia Night @ the Farm Brewery 8-10pm (doors open at 7:30, close at 11pm)
We’re opening our doors on Wednesdays for Pub Trivia Night at the Good Nature Farm Brewery! Feel free to come in a group or hop on a team when you arrive. Good Nature’s brews, NYS cider & wine, and non-alcoholic beverages will be available, as well as a limited food menu.
**Free to play! Gift Certificate Prizes!**
The Beer Garden will be open to the general public!

Leave the designated driving to us and hop on a bus with Good Nature to the 4th Annual New York Craft Brewers Festival!
Your ticket includes the following: 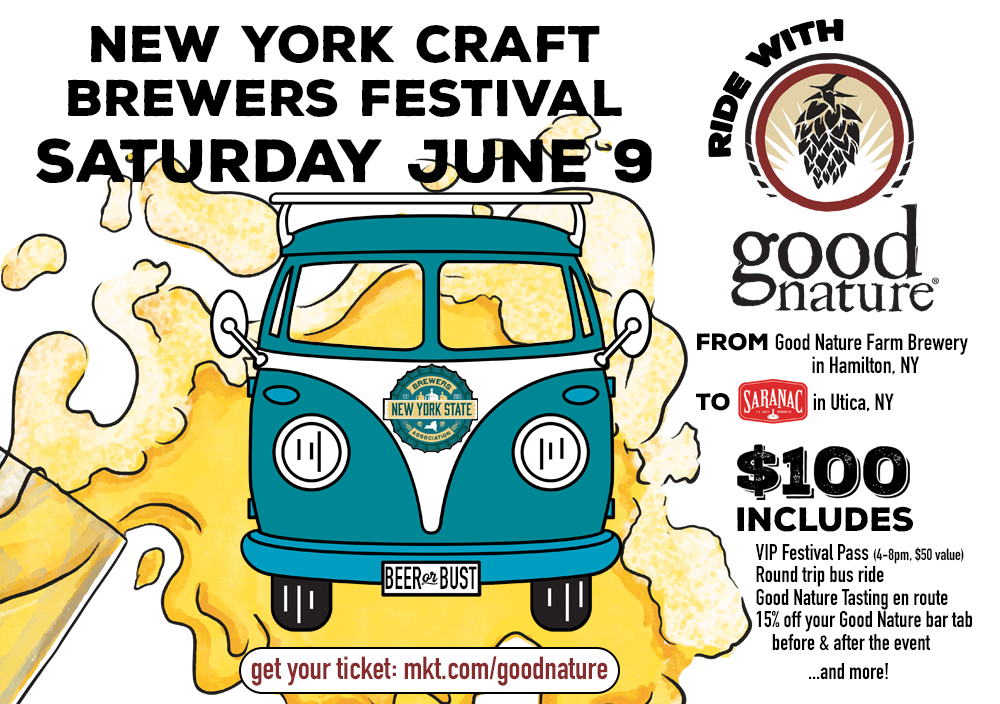