The Wort is Bond collaboration series began in 2014 when Good Nature Brewing and Ithaca Beer Co. brewed a tart, earthy saison-style ale. We’ve just brought it back with another iteration, this time putting brewing brains together with Brown’s Brewing Co.  Wort is Bond II is a collaboration brew between Good Nature Farm Brewery and Brown’s Brewing Co., our friends in New York’s Capital Region who have been craft beer champions since 1993.

Wort is Bond II is a New England Style Pale Ale with generous helpings of oats, NYS wheat, and NYS pale malt. The oats and wheat make up a remarkable 60% of the grain bill, which is made possible by Good Nature’s High Efficiency Brew System. The brew is dry-hopped with Vic Secret hops, layering an aroma of earthy pine meets pineapple meets grapefruit onto the full body provided by the grain bill and added lactose. The taste of pineapple, guava, and passionfruit will leave you asking the bartender for another. 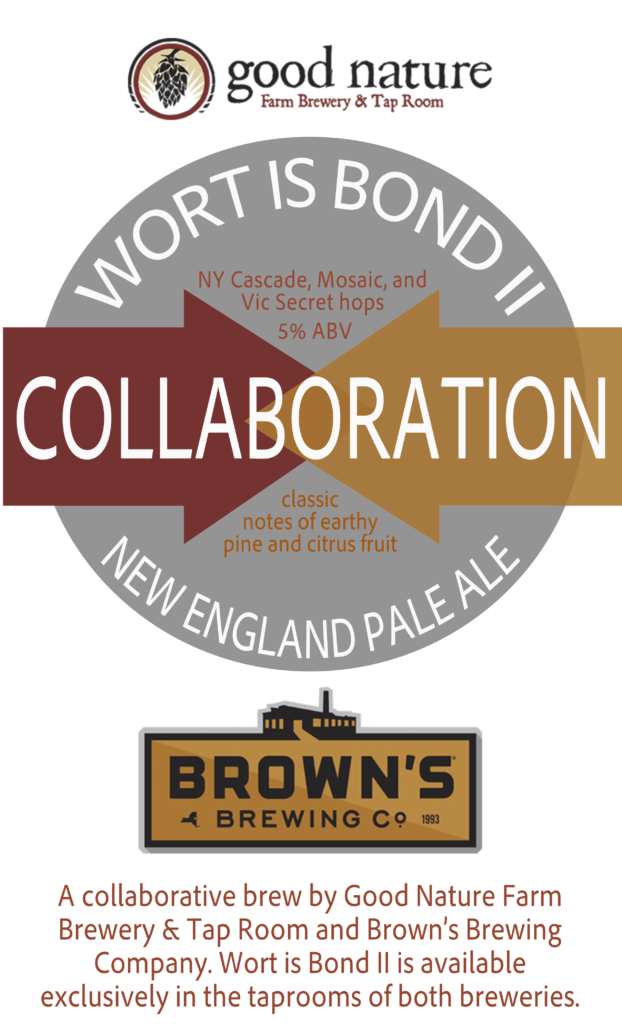